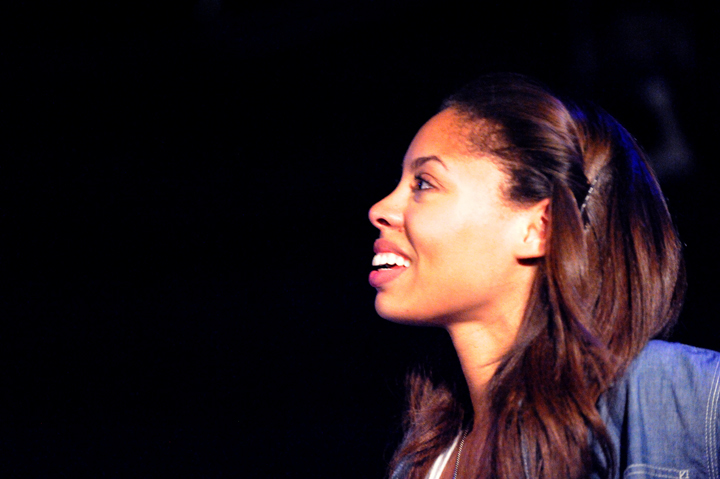 Sharing Her Story
Actress Ciera Payton, best known for her roles in “Days Of Our Lives”, “The Closer”, USA Network’s “Graceland” and more, fully acknowledges the benefits of the Arts in helping her to overcome a very troubled and unstable childhood, and has created “Michael’s Daughter”, performing it before captivated audiences around the United States to share her story, while benefiting others!

This year, an invitation has been extended to Payton to present “Michael’s Daughter” at the United Solo Theatre Festival in NYC!  On Saturday, November 23, 2013, Payton will perform the show before  what is sure to be a sold-out audience.

In the one-woman show, Payton shares her wounds and healing, as she artfully portrays those who affected her childhood the most.  From her stuttering, city-slick father, and distant, southern belle mother, to her endearingly crass aunt, Payton’s performance in “Michael’s Daughter” gives universal appeal and impact, transcending race, gender, and economic class, touching people of all backgrounds.

The honor of being selected to perform in the United Solo Theatre Festival is an exceptional honor, but not without cost.  To meet expenses such as director and stage manager salary, advertising and marketing, travel (air and land), etc., Payton has launched the “Michael’s Daughter in NYC” IndieGoGo campaign.

Less than 50 days to remaining in the campaign…

Remaining true to her goal to give back and to help in providing creative outlets for inner city children, Payton has pledged to donate 5% of the donations received through the IndieGoGo campaign to two outstanding organizations:

Girls For A Change: A national organization that empowers girls to create social change.  Girls For A Change provides tools, resources and partnerships for middle and high school girls to gain the voice, ability and problem-solving capacity to reach their full potential.

Step Up Women’s Network: A nonprofit membership organization igniting women and girls to fulfill their potential; empowering teen girls from under-resourced communities to be confident, college-bound and career-ready, and propelling professional women through connections, collaborations and continuous development.

“Michael’s Daughter is not just a play, it’s a movement!” – Actress Ciera Payton

Final Presentation of Stand By Me

CIERA PAYTON TO DEBUT HER ONE-WOMAN SHOW “MICHAEL’S DAUGHTER” AT THE A.C.T SAN FRANCISCO ON MARCH 12, 2015…